Mange tout! Mange tout! Celebrated comedian and actor Les Dennis is to join the cast of the smash hit West End show Only Fools and Horses The Musical from 3 October, starring as the loveable Grandad.

The critically acclaimed musical is also extending its run at London’s Theatre Royal Haymarket for a further three months until 7 January. 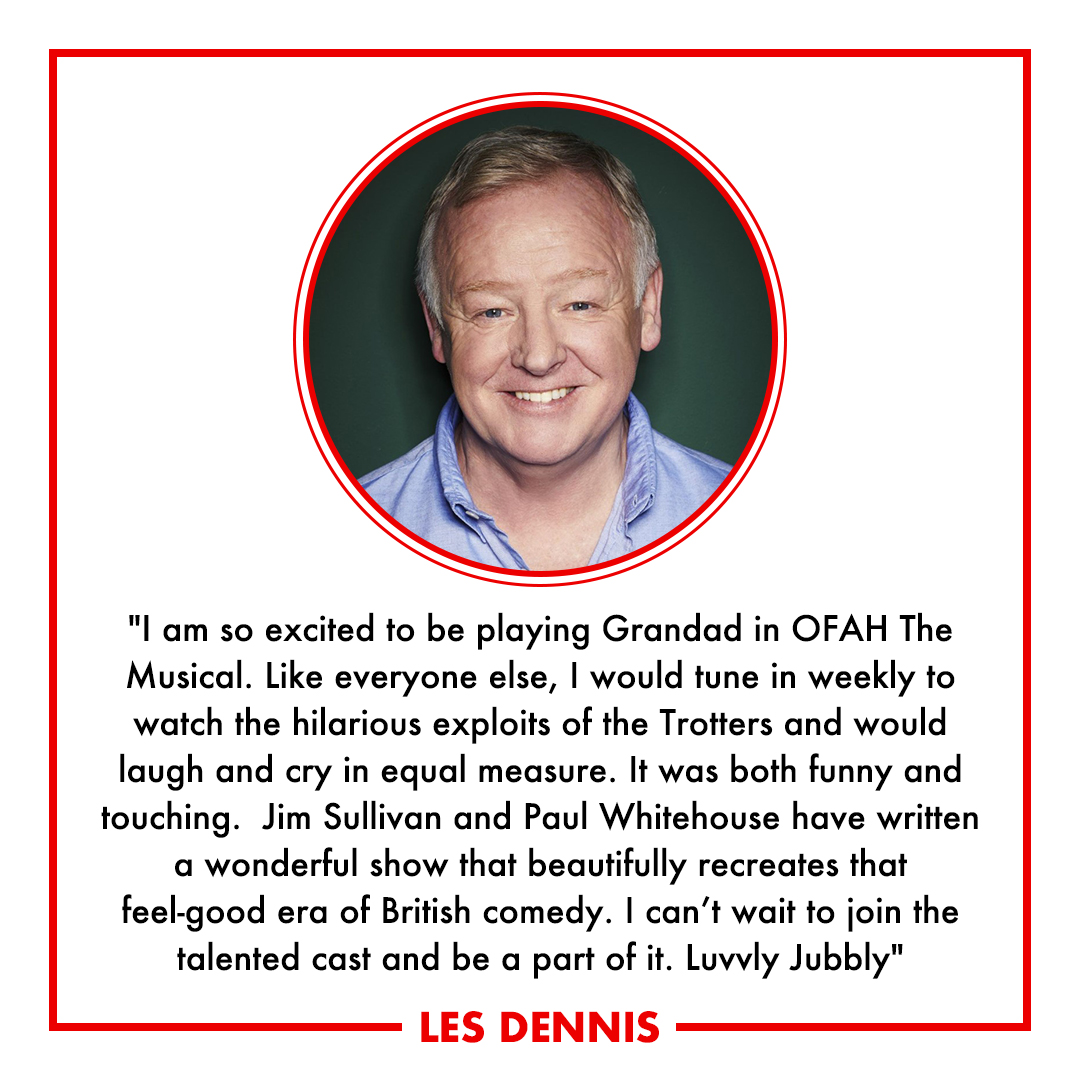 Directed by Caroline Jay Ranger, the show has been seen by over 600,000 people since it opened in the West End to an array of fantastic reviews from critics and fans alike in February 2019.  The Sun awarded five stars, hailing it “One Del of a show!”; the Daily Mirror said it was “a treat for Trotter fans" in their five-star review; The Sunday Times bestowed four stars and remarked that “Only Fools is a blast from our wide-boy past. A hearty stage adaptation of the 1980s BBC television comedy”. Evening Standard also awarded four stars, complimenting the “unashamedly British night out. A jubilant lovely jubbly!” While the Daily Mail urged its readers to “raise a glass of Tittinger to Del Boy and Rodney as Only Fools and Horses storms the West End!”

So join the Trotter family as they take a trip back to 1989, where it’s all kicking off in Peckham. With musical contributions from Chas n Dave, the beloved theme tune as you’ve never heard it before and an array of brand-new songs full of character and cockney charm, you’re guaranteed to have a right knees-up!  Only Fools and Horses The Musical is a feel-good family celebration of traditional working class London life and the aspirations we all share.

Only Fools and Horses The Musical is a truly cushty night out. Only a 42 carat PLONKER would miss it!